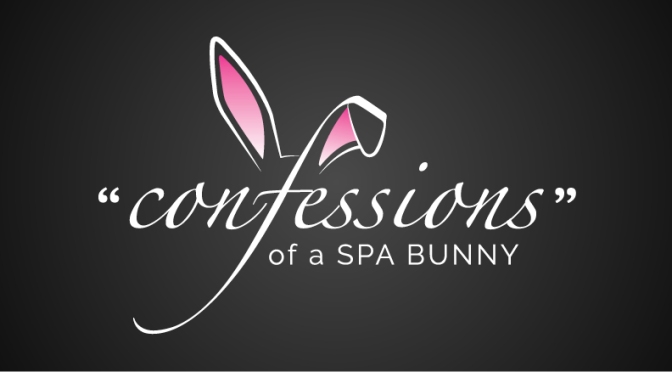 “Confessions of a Spa Bunny” is making its mark on the spa industry by bridging the gap between spas, consumer, product companies, and resource providers through social media, wellness-centered events, thoughtful content, and building authentic meaningful relationships.

As a newbie to the ISPA Conference, India says she plans “to attend as much as possible, from the first-timer orientation, to the general sessions, and professional development seminars.  In addition to discovering all of the innovative products, treatments, and services being showcased on the expo floor, I’m most looking forward to reconnecting with old friends, some of which I’ve never met in person, but have only connected with through social media; and networking to build new partnerships.  Oh, and of course, gathering new confessions”.

So what’s on the spa bunny’s media agenda during ISPA?  Highlights will include social media and live streaming coverage throughout the week, an exclusive post-fashion show interview with the Noel Asmar Group, relaxation area experiences with Luzern Laboratories Inc., and Decléor, appointments for the Pro Sleep Massage by [comfort zone] and Lava Shell Facial by Spa Revolutions, and planned visits to check out the new Salt Booth designed by Robert Henry Architects at SALT Chamber, the DAFNI hair straightening brush, sound therapy with Eastern Vibration, custom spa tunes at Private Label Music, all of the innovative and therapeutic spa chairs such as Magnesphere by Magneceutical Health and SolTec Lounge from Spa & Club Ideations, and of course a selfie with the Eminence Organics bear to support #EminenceKids to name a few.

“I’m a planner”, says India, “but I wanted to ensure a nice mix of scheduled activities, while still allowing some flexibility for the unexpected.  Some of my pre-planned choices are an extension of my experiences from the ISPA East Coast Media event held in NYC this past July, and others are those that sparked ideas for the next series of spa bunny confessions”.

Of course a visit to Las Vegas wouldn’t be complete without adding a couple of spa visits to the itinerary, so “Confessions of a Spa Bunny” plans to spend some time at ISPA member spa(s) the Sahra Spa & Hammam at The Cosmopolitan and a post-conference digital detox with The Spa at Mandarin Oriental.

Want to request a one-on-one or connect with the spa bunny at ISPA to give your “confessions”?  Send requests to spabunny@hisincorporated.com

A fan of the industry and spa connoisseur for over 10 years, India dived into the media scene and created “Confessions of a Spa Bunny” over 2 years ago.  What started as video “confessions” to educate individuals on the benefits of spa by highlighting different treatments, products, and experiences from around the world, quickly turned into a social spa movement with hosted wellness “time-out” events, retreats and trips, spa concierge services, spa media hosting, and wellness coaching and consulting.   The spa bunny’s passion for spa is reflective in her motto and mission to help individuals “take the time to take a time-out”.

Past memorable media coverage by “Confessions of a Spa Bunny” includes the 2015 and 2016 Washington Spa Alliance (WSPA) Symposium, “Celebrating Jurlique 30 Years Young” at the Australian Embassy, WSPA Members-Only “Evening with Caudalie”, and the International Spa Alliance (ISPA) 2016 East Coast Media Event, which included a “Sight, Sound, Touch” event highlight video and exclusive one-one interview with Bellus Academy’s President Lynelle Lynch on Wellness for Cancer.  Earlier this year, India also grabbed the attention of spa media maven, Mary Bemis, who invited her to recite her infamous and touching “Language of Spa” poem during Mary’s Town Hall at the 2016 WSPA Symposium, and was featured during National Poetry Month on Insider’s Guide to Spa.

India is an active member of the International Spa Association, Wellness Warrior, and the Washington Spa Alliance.

Providing Grade A+ Experiences…..And Much More!

Love the Skin You’re In